Correction?  WHAT CORRECTION!!!  The old, "We will rebuild meme." 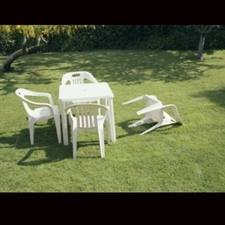 Well isn't this special.  Frankly no surprise, everything working out to Wall Street's evil plan.  Remember last week when I said SPY had a gap below 161, but the 50 day SMA was rising into the gap?  Well, that's where we bottomed on Thursday, well $.20 below it but it was for less than 1 minute. We then proceeded up finishing near the high producing the bullish "piercing pattern" on the indices: 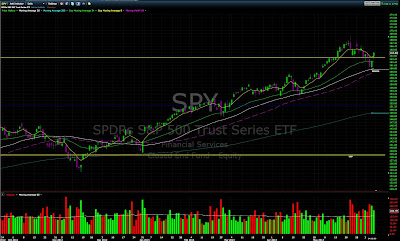 Then I said to myself, "Nemo, where do you think they'll go tomorrow?", "tomorrow" being Friday.  So, I looked at this: 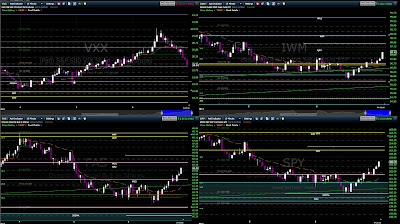 As you can see, the indexes finished Thursday on their highs, with the Monthly Pivot on the SPY dead ahead.  Even though I track the Monthly levels, I tend to give the Weekly levels, thus the Weekly Pivot more weight.  That's kinda' where they went.  Now here's another interesting tidbit.  I shot off my mouth in Vad's room as the indices were coming in Friday afternoon:

Anyway, why did I think that?  Well,   look at the SPY chart above.  Notice the yellow horizontal line, well that corresponds to the 8 ema.  That level is important to many a swing trader as to when to get in or get out of a stock.  So, if Wall Street wants to keep you believing we're still bullish, they would want to keep it at that level.  So, I was tracking the value when SPY bottomed Friday afternoon at 163.74.  Whaddya' think the 8 ema was....mmmmmmmhhhhh....'nuff said. So if the evil trolls in southern Manhattan want to keep you in the game, they had to keep it above that.  Why scare all the sheep...er...investors over the weekend.  As well, they were kind enough to assault the highs again in the waning minutes.  Here's what you didn't see after the close on Friday: 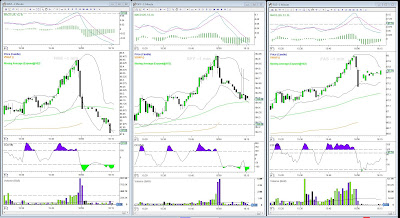 As you can see we had a little "oopsie!" after the close.  It doesn't mean anything specifically for Monday, but some profits were taken in the aftermarket, which has been a change of character over the last couple of weeks.  So, something to keep in mind.  Not really making any predictions, but there is no reason for the market not to go back and test the previous highs.  The $165.60 area looks a bit sticky if we don't vault over them on the Monday open.   There is no reason for the market not to go down either.  News out of Asia, or Europe could sway us.  We are likely to be in a consolidation range because of the approaching Summer, at least until earnings season begins to show it's hand.  Unless of course, there is significant degradation in the macro-economic environment, or a large meteorite. 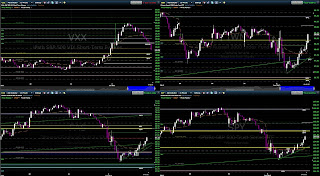 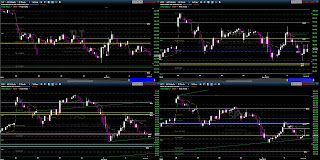 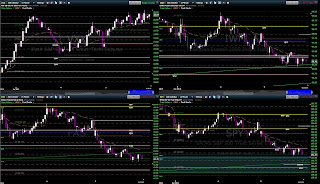 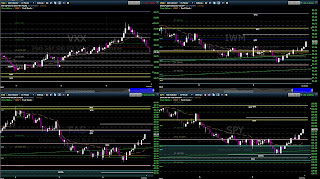 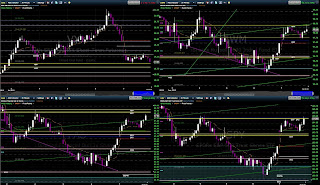 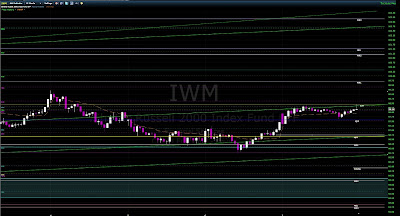 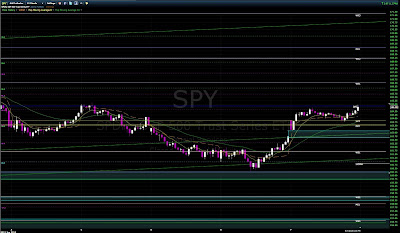 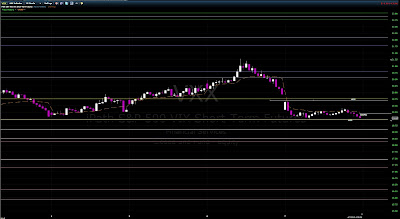 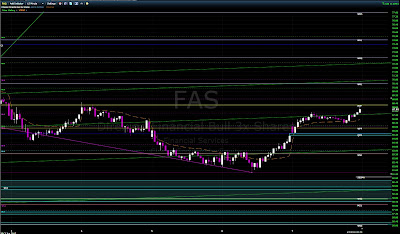 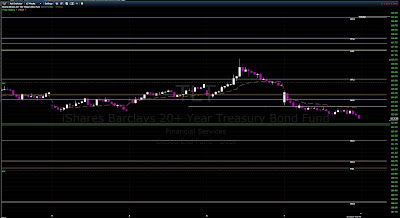 Geez...cup and handles on FAS, SPY and IWM...I'm going with the gap up on Monday, maybe a fade into the close in the afternoon, but Tuesdays, except for last Tuesday have been up.  Let's look at one more spy chart:

Here is the price action for the SPY since the November low.  Notice the channel since the November low.  I use the strong resistance line as the basis for developing the channel, and I make the assumption, that sub-channels, for lack of a better word, will have a fractal relationship in that they will maintain the same slope delta, within - notice the channel line at the bottom of the November low which has a parallel line above.  These are potential longer term channels intersecting the current trend...will something happen if price action gets there....meh.  The point is they are areas of which to be aware.  As a reminder, the green/red bars are the volume done at those prices within the data shown.  So, those price levels of great volume are likely to be inflection points.  The blue rectangles are gaps in the price action.