Oy vay...back from the wilds of South Jersey...having negotiated the straits of New York...don't think Snake Pliskin would dare to go there...If you've never had the pleasure, negotiating the toll booths on the GW Bridge is a unique experience, kinda' like a root canal.  Anyway, here are the static levels for next week. 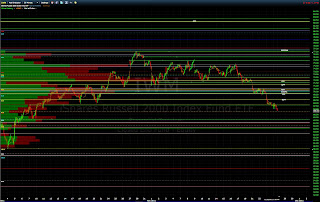 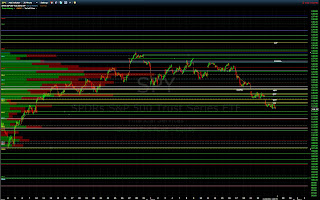 I've included a longer time-frame than usual this week because the price action seemingly appears ready to test the October lows (who knows).  Seemingly this is a Euro story for the foreseeable future.  Anyway...I have included the volume at price indicator/study which tells us (kinda') what volume was done at a given price level and it's distribution between bid and ask.  Levels of heavy volume are likely to be levels of inflection.  Pay attention to the corresponding pivot/retracement levels to which they correspond.


Here are the formats should you wish to import them.