Had a brainfart...no week that was...I immediately got to work on the level change overs since we changed weekly, monthly, quarterly and semesterly levels. 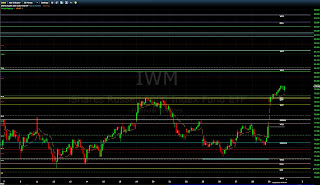 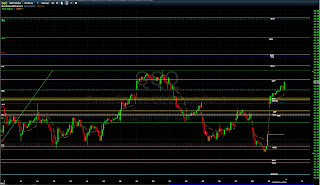 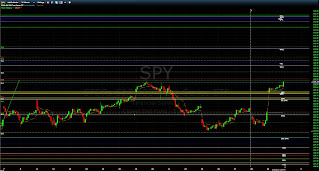 If you haven't noticed, I usually provide images that encompass the weekly levels because we don't often trade beyond that.  Now that I've said that, watch this be the week.

With the big reset in so many levels this week, SPY now has 4 pivot points and the 50 day SMA  basically within 1 US dollar of each other.  As we stretch in either direction I would expect that range to be a magnet around which price action oscillates, barring exogenous (read:  European) news.  Note on the SPY chart the concentration of levels between 142.80 and 143.45.  That will be strong resistance, which I suppose is not really all that astute of an observation, considering reaching the bottom of that range puts us at new highs for the year and on this bull run from 3/2009, which would then make those pivot points extremely strong support.

Also, pay attention  should the price action return to that 130.80 level.  That was previously a Quarterly support level, it does have 3 fib retracement levels which will likely act as support, plus the rising 200 SMA.

If all else fails, try throwing darts while blindfolded...I've only hit my nephew a coupla' times.
Posted by nemo at 7:48 AM