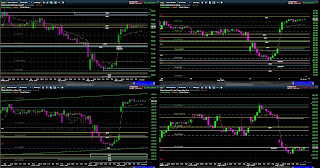 I left the the pivot points in, which only count for the most recent day,  to show the relatively extreme range for Friday.

In SPY the daily R3 served as the roof for the day with the upper channel trend line overhead near 140.

I joked in the trading room in the middle of the day on Thursday how  the IWM was forming a "stilleto heel" chart formation.  What you may notice is it does form a perfect Adam & Eve bottom, which gave an inkling, if you had the intestinal fortitude to go long, as to what portended for Friday. By the close of action on the 15 min chart, it had formed a reasonable Cup and Handle.

The gap up Friday was triggered by: 1) a parsing of Draghi's pronouncement that  supposedly gave specific requirements for target nations to receive the benefit of the printing press, and 2)  the perceived beat of the jobs report.

Did you notice how many stocks that have been announcing earnings and selling off immediately after are subsequently being bought recovering their range?  That's strength folks. 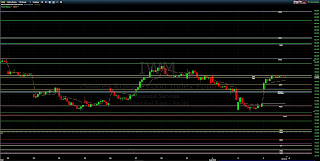 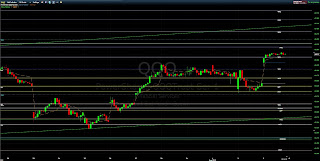 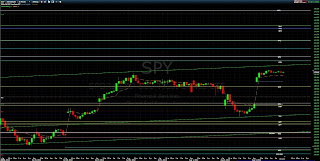 It's a reasonable assumption that, as earnings season winds down, and August progresses, volume will shrink, and prices will be moved by the news, primarily that out of Europe.  Intra-day plays become more dicey as reduced volume makes for erratic action.  Draghi has seemingly made his pronouncement, now the world waits for the edict of the German Supreme Court on (well near)  the Ides of September (12th actually) with the Fed meeting on the 13th....funny coincidence.

If the German Supreme Court says "Nein" then the structure of the EU and the Euro come into question...well as if they aren't now, but, that does make the situation more dire,. Basically, we are on hold until that time, so a rangebound market would seem to be the highest probability.

Should the German court say "Ja Wohl!" then that means the printing presses will be unleashed....If the Euro strengthens massively ($ falls) on the news, under the belief the Euro and thus the EU-is saved (or at least the can is kicked further down the road), the equity market likely explode (oh the hyperbole). But if the Euro weakens significantly should the honeymoon wane, can Bernanke afford to let American exports become uncompetitive because of $ strength? Does he then have to open the printing presses to maintain competitive relative currency strength?  What happens to basic materials and oil?

Just a few of the questions.  Oh, yeah...San Bernadino, CA filed for bankruptcy this week.  This is becoming a regular occurence.  Do state and municipal financing become the next crisis?