The Week that Was:

9/24/2012: Well, pre-market things are looking rather negative.  This story about Greece broke over the weekend.  No real surprise, but...   http://goo.gl/VGxoZ

Markets opened down and stayed within ranges bound by multi-timeframe confluences.  Notice IWM bottomed at WS1 which corresponded to that red line which is one of those swing high levels I thought might corral the price action if we consolidated for awhile.  Finnies just barely negative.  Not much to really say.  Nothing specific happened during the day. After hours CAT lowered guidance on earnings...let's see how the market treats that information tomorrow.  So far at 4:15 EDT 89.00 is the low. 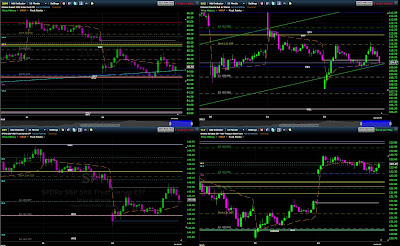 9/25/2012:   Well, got my gap up...and then it dropped.  CAT did sell off today, and we've now pretty much retraced the Bernanke bounce.  Notice how the Action in the SPY IWM and FAS topped out at or near the Weekly pivots 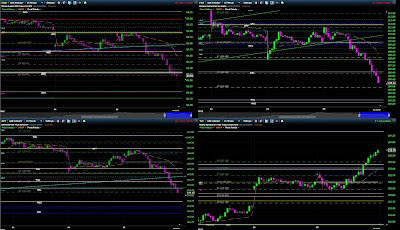 9/26/2012:  Well, that was interesting.  Many of the high-fliers continued to get their wings clipped.  We passed below the Weekly S3's on IWM and SPY, regaining IWM's before the close.  Tight bands this week, so although that is rare to exceed that range, not so much when the bands are so tight.  At the close, it looks like a consolidation that should open higher tomorrow.  We'll see.  Having said that Europe, more specifically, Greece, and Spain, are facing social unrest.  Trend is still intact..no worries yet, although doesn't look like we'll get to 153 spy this month...sniff...sniff.

a summation of where we stand:  http://www.businessinsider.com/market-developments-september-26-2012-9

on another note, this is actually from last month, but as I said see it pretty much every morning.  Beware the wilds of premarket ;-) 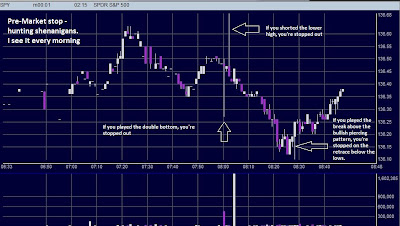 9/27/2012:  Whaddya' know opened higher....sunk a bit but bottomed at IWM WS3, just above the daily pivot on SPY and touching the daily pivot on the QQQ-they call it confluence... and then the market ripped north.  Mark-up end of quarter?  Let's see if we get back to the Weekly pivots tomorrow.  That seems to be where we've been ending up at the end of the week.  Compare yesterday's chart with today's and you can more clearly see the double bottom formations (the reason why I thought we'd go higher today) now that the action has resolved higher. 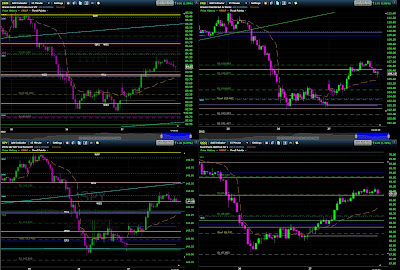 Interesting, headlines touting the lower than expected initial claims, guess they missed the continuing and the other  economic news that came out today

NKE sold off after earnings last night, and what did it do recovered the $4 today to go green and then gave up a buck into the close-pretty strong.


Here are the economic reports today:


And the market did sell off today but we're above yesterday's lows.  Wild action in the spy at the end of the day took out shorts bouncing right at the Monthly S3, then touching the Monthly R1 before closing near VWAP.

Well, we didn't get to 153 on the SPY this month, looking at the final week and this last day: 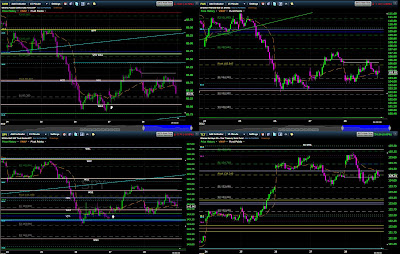 Both SPY and IWM topped out at the Weekly Pivots.  Arguably these last three days created a head and shoulders bear flag formation on IWM SPY and FAS, although not on this graphic, the same goes for the Qs.  Doesn't bode well for higher prices, but they have to drop these weekly lows.

The Week That Is:  ALL NEW WEEKLY MONTHLY AND QUARTERLY  PIVOTS 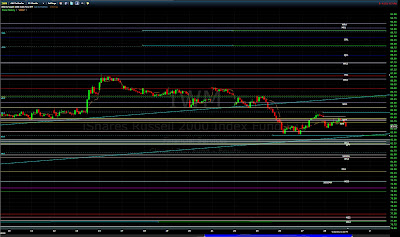 IWM:  Interesting how the new Monthly Pivot is so close to the closing price on Friday. 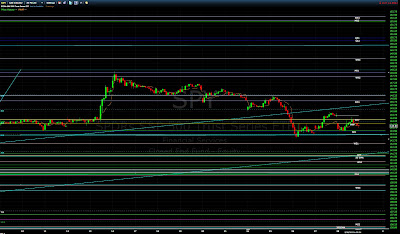 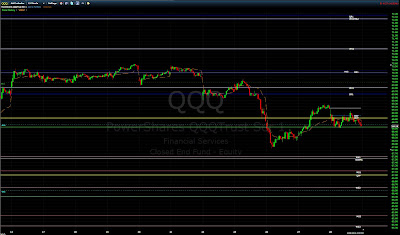 QQQ: some confluence resistance at 70.30ish and then again in the 72 area.  Support at the rising 50sma, and then of course at the Quarterly Pivot.

Anyway, that's it for the week.