There's an old joke about a parrot with a scatalogical vocabulary, the punch line from which is:


WHAT A SONOFABITCHIN' RIDE THAT WAS!

And in that spirit, the fecal matter hit the ventilator this week...

The election honeymoon didn't last long.  Europe came in  with bad economic news a few hours after Obama's re-election.  Greece is teetering on the edge of anarchisis. Even a good jobs number on Thursday couldn't overcome the economic icebergs showing up ahead.  Along with the economic uncertainty, Obama's second term cinches capital gains and dividend tax increases.  So, it is likely the selling continues so people can lock in gains at lower tax rates and clear the hurdle of the wash sale in the event they want to re-enter positions after the new tax year.

Then, because of the uncertainty around the new tax rates as well as the 3.8% Obamacare capital gains tax in the offing, and the potential fiscal cliff, assets will have to be repriced around the future expected returns, and economic, environmental uncertainties such as these make that more difficult.

Then there's that whole Mayan thing...


The week that was: 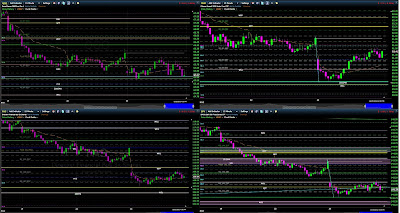 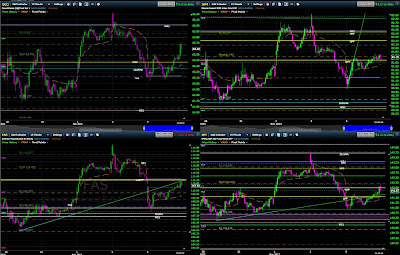 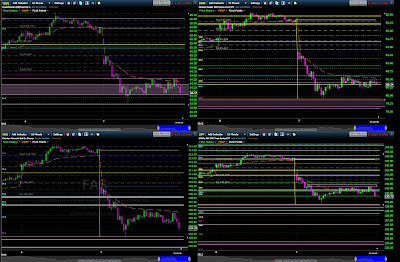 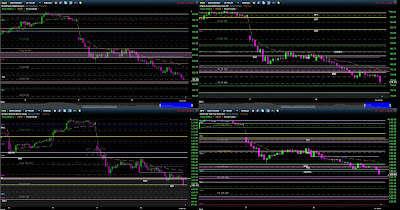 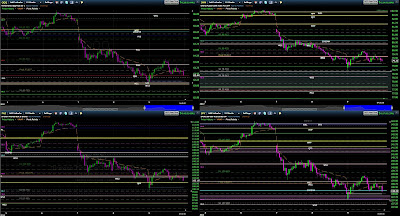 As one can see on Thursday SPY lost the all important (depending on to whom you speak, of course) 200 day simple moving average.  Which it quickly regained on Friday and refused to relinquish-BARELY!.  The IWM  and Qs lost theirs on Tuesday and have not regained it. The financials have a ways to go to get there.  The loss of the 200 is considered the bull/bear demarcation line.  Had we lost it yesterday and held below today, Monday would have been, and still may be, um....er....interesting in a Black Monday sorta way.  As it is one could argue the closing tape was putting lipstick on a pig.  You have to look closely but the SPY bottom coincided with a fib retracement level within the volume/price level I was tracking.

Here are some of the volume gaps I'm tracking: 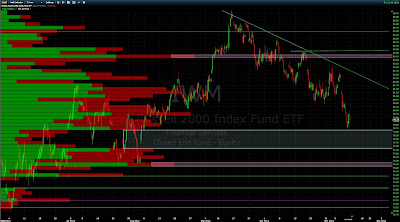 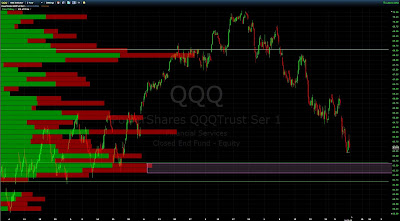 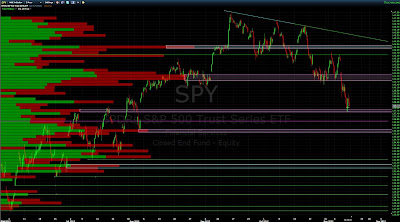 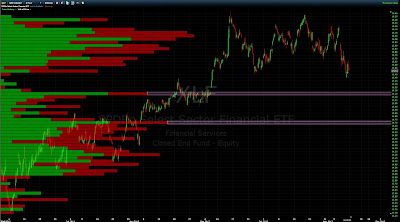 As you can see from the charts where significant volume was done at what prices, and where there is a volume vacuum, that is where little volume was done. Look at the XLF between here and 15.15, not much to hold it up, below that area, volume is sparse until 14.70.  Notice how SPY was corralled by a volume level.  Notice how IWM bottomed just above a serious vacuum.  Anyway, I don't see any definitive signs of bottoms anywhere across these indexes.  Doesn't mean we're not close.

Oh, and for those in the room that saw me make this call Friday at 9:30: 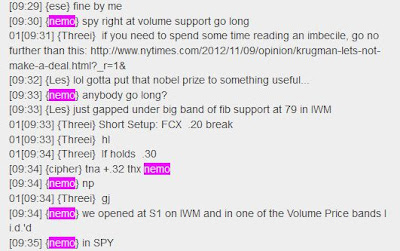 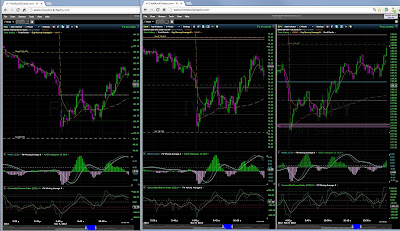 First off, market had been pummeled (too hyperbolic?) and was due for a bounce.  SPY on the right opened at a volume/price level I'd been tracking along with a fib retracement.  IWM opened with a bounce off of S1 on the daily.  FAS (the finnies) opened just above S1 on the daily with a hammer in the second minute.  The "indicators" are arguably useless on the open, so this was a pure call on the levels.  If you missed that, see the nice double bottom on all three just before 10? Candlesticks showed bullish engulfing patterns on all three indexes breaking above VWAP, and the indicators all showed divergence.  Even I can figure that one out. 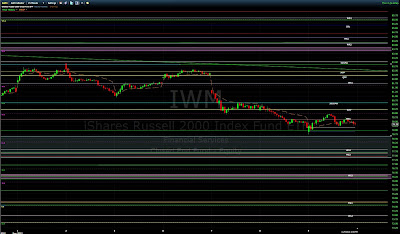 IWM's Friday low was just above the volume vacuum between 77.40 and 78.70 that contains a couple of confluence levels, then another volume support down in the 76.25 area.  Those would be the first and second levels of support areas this week, otherwise, it's back to the parrot joke. 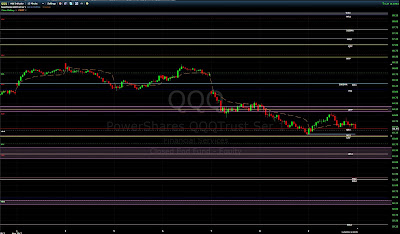 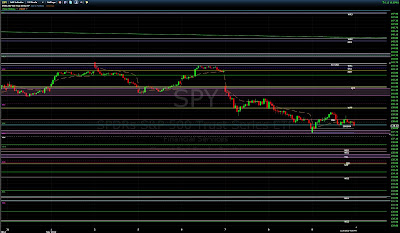 SPY has already tested the bottom of one volume support, faces further volume support and pivot level confluence in the 135.60-.90ish area and then again near 135.  Volume resistance is overhead in the 140.80-141.50ish area, with pivot resistance and the 50 SMA in the 143s.

And it keeps chugging along.  Strong $ =weak market...usually.  It's coming into gap resistance with the 200 SMA immediately above.  Those are likely inflection points.  Let's see what happens.