Just a head's up, I'm travelling this week so likely there will be no Nemo's findings next week, because Nemo will be nowhere to be found.  Anyway...


As the French say: Plu ca Change plu c'est le meme chose.  As Led Zep said:  The song Remains the Same....that is, we're in a Bear phase, though they are making the bears pucker to get their rewards. 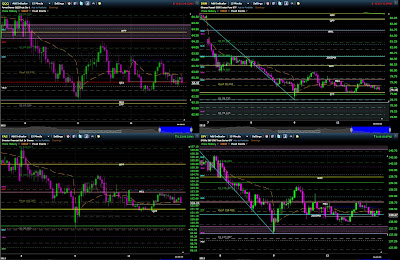 Notice how SPY closed at the 200 sma above. 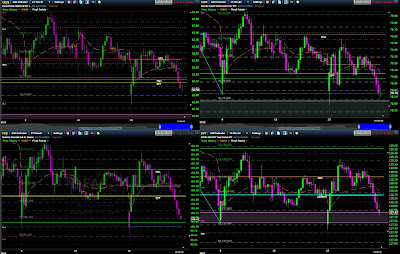 Notice how spy opened in the gap and quickly rose to recapture  the 200 but then closed at the top of the volume support.  Notice IWM started in the volume vacuum and closed just above.  (Volume support are price bands shaded in red, vacuums are shaded in blue).  The FAS doesn't hit volume support until 97.20ish which is about 15.15 on the xlf. 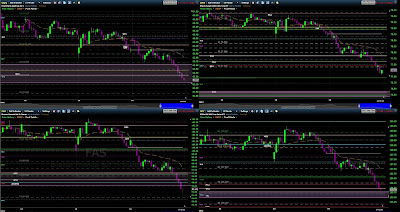 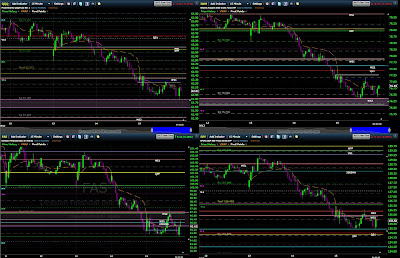 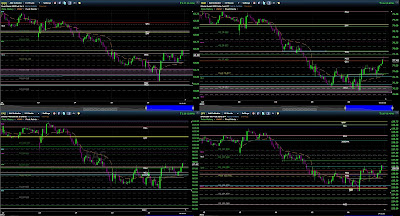 Well, that was an interesting Friday.   Harry Reid and John Boehner have a Kumbaya moment, and the market makes a U-turn.  Don't you find it interesting though that the market does the about face at specific demarcated levels on the charts?  I see that alot.  Must be a coincidence.  Having said that, when I looked at the charts yesterday, it looked like we might be setting up for a bounce.  Now, it looks like, if the market holds these gains without new lows, then I think we're on the way to challenge the 200 SMA's.   The $ looks as if it's ready for a retrace, which usually means a climbing market.  Here are the dailies so you can see the larger time-frame:

SPY descended into the gap from July, the top of which coincided with the 61.8 retrace from the June low.

The Qs descended into the gap from June, just about completing the traverse

IWM also descended into the small gap from June.

The $ broke the 200 SMA but formed a shooting star which is often the sign of a top.

The finnies touched the 50% retrace of the June low which coincided with a subjective base for a fibonacci retrace and recaptured the 200 SMA, which I drew because it served as the breakout level from the 7/3 highs. 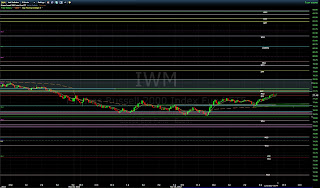 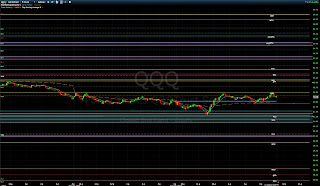 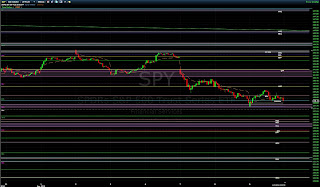 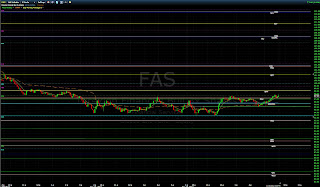