O.K. first full week past the holidays and nothing newsworthy until the debt ceiling  stuff.  Don't worry, Republicans will cave.  They always do, because hell, they gotta' buy votes too.  Last week we had the fiscal cliff paved over (or perhaps "bridged" would be a better analogy) and that gave us a catapult into the new year.  Probably have some gap fill attempt coming.

Having said that, the Fed is starting to talk about removing the punch bowl sometime this year.  It is now up to the economy to take off the training wheels and show if this market can stand on it's own.  Economic data has been consistently positive. So, earnings season and guidance will likely be important as to market direction...boy that was insightful.

Scary thought...you know how market tops are defined by such occurrences as Time Magazine covers denoting "will it ever stop going higher (or lower),"  the gas station attendant giving stock advice, etc. Your mother-in-law actually being nice to you. Well, perhaps this isn't quite in the same realm but...revolving around the concomitant debt ceiling deadline, is the discussion about minting a platinum coin.  Those kinda' voila! type solutions scare the shit out of me, because I could actually see politicians going for it.  By the way, have you seen the triple top on the SPY forming in the monthly time frame going back to 1999?   I know.....I'm such a "glass is half full" kinda'...ahhh....er.....nemo, ya' right.....nemo.

Anyway, here are the levels for next week. 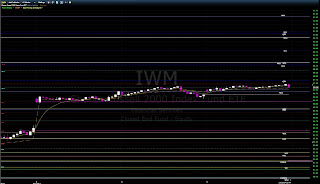 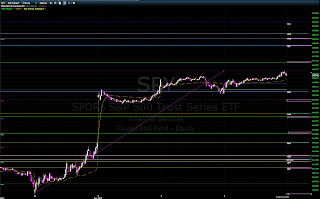 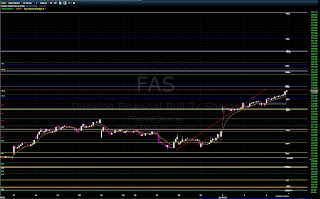