WOW!  Amazing I have had time to do this entry considering the time and effort it has taken to wreak havoc in the Northeast....;-)

Economically, not much has changed.  All the indexes continue their steady ascent.  Bad news is bought,  good news bought more. "BTFD!"  is in full force.  Notice how the majority of stocks that sell off on earnings news and guidance react?  The vast majority of them are bought off their morning sell-off. That's strength.  The only clouds readily visible on the horizon is the "Sequester" and perhaps the nascent ascent of gasoline, traditional for this time of year.  Gasoline is at it's highest price ever for this time of year.  How high does it have to go to start dampening the market?  Anyway, the week that was: 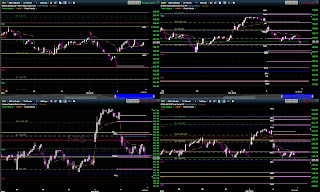 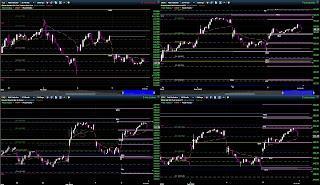 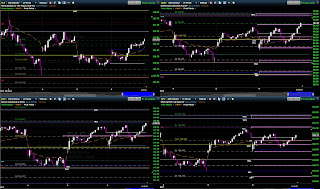 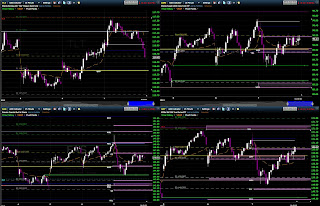 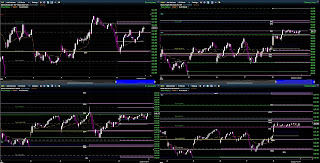 Btw...the "pink" lines and boxes are daily ranges I put in the previous night that demarcate levels for the day I think may be important.  They incorporate the daily Pivot levels that do not appear on  Freestockcharts until the next day.  Also, the data I use in my pivot tables sometimes varies slightly from that of FSC, so it creates a fuzzy range.  Also, as someone noted, and I paraphrase.

You can have a line every 10 cents, so every price is a level.

Of course, there is some truth to the statement, depending on the time-frame.  For instance, on a daily basis, the shorter term pivot levels, especially the dailies are much more relevant.  But, if you were to look at the SPY for instance and were tracking my weekly entries, among all the other lines, you would notice that the Semesterly R1 became relevant on January 23rd, and has been relevant ever since.  Arguably the the same level on the IWM has also become relevant.  The point of the analysis is to notice what becomes relevant.  Should the market retrace, the interaction of future, shorter term levels with the Semesterly R1, may indicate additional strength or weakness probabilities for the level, which then gives you a higher probability decision point. Of course someone could say, "Why don't you just draw a line at the level?"  Well, in a sense you do.  When there is price support/resistance at a level, we manually draw a line demarcating it as such.  When it coincides with a longer term pivot level, it becomes, drum roll please...........confluence, which means you now have pivot traders, and price level traders, looking at it.  When you have multiple time frames, price levels and perhaps fib. levels all coinciding in a tight range, then you have multiple types of traders all seeing that level as important.  Heisenberg strikes again.

On that note, the week that is: 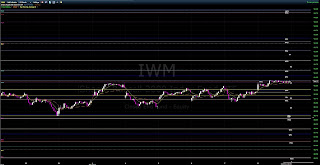 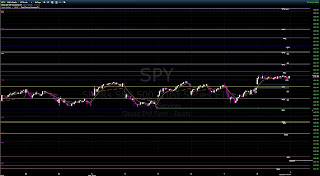 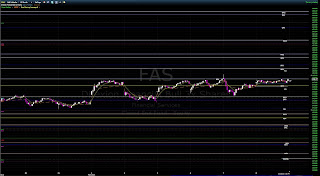 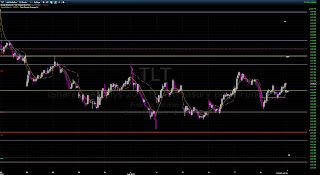