Am I good or what...damn, my shoulder is gonna' be as bad as Vad's from patting myself on the back so much.  Having said that, no place to go but down from here-well on the being right scale that is. Market can always go up.

Anyway, last week I said we're probably going to see new highs, and we saw historic highs in the SPX futures...the SPY went ex.div a couple of weeks ago, so add back the .70ish cents and you get about 157.55.  My reasoning was fairly simple.  This was not only the last week of the month it was the last week of the quarter.  Not only that, it was Easter/Passover week, that meant no trading Friday and relatively light volume for the week, making it really easy to move stocks around as the week progressed and the volume got lighter.  By the way, with the 401K money coming in Monday night, expect the market to gap up Monday morning...just sayin'...

Of course we had the cluster..er...ahh...celebration, yeah...that was Cypress, which gave Wall Street the perfect excuse to sell down Monday morning to the bottom of the channel created by the low of the 19th and the high of the 18th.  To the markets currently, it's just a tempest in a teapot, but it could be the canary in the coal mine for future actions that will be required to save the European system, at the expense of the slaves...ah serfs....I mean citizens...sheesh.

Here's the week that was: 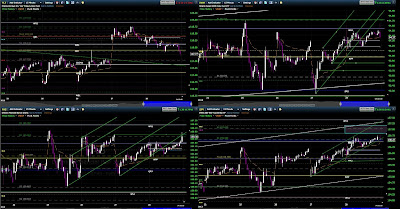 I kept one day from the previous week for comparison.  As you can see, we basically finished in the neighborhood of the Weekly R1 and Semesterly R2 on the SPY.  The finnies are still under the highs as are the IWM...but only spitting distance.  There's so much expectation that a pullback is imminent, you have to think it isn't.  Bill Cara is on record saying we're probably going ballistic.

In the larger environment you have a probably more precarious than it seems banking environment in Europe and arguably recessionary economic conditions, which are contributing to a strengthening of the dollar.  Talk about a present for Bennie B.  He can print to his heart's content needing to counteract the strengthening dollar to keep the buck competitive.

Bigger question, as I stated a few times, I think, of recent:  How does earnings and subsequent guidance play out as we roll into May?  I think we all know inflation is worse than they say.  Energy costs (fuel and food) continue to rise, and it's not like people are making alot more money, although the consumer spending numbers that came in Friday say otherwise (then again, how is that distributed among the various classes), so that would leave less for discretionary spending.  Walmart's results were a shot across the bow of the consumer society.  Climb that wall of worry...

Here's the week that is: 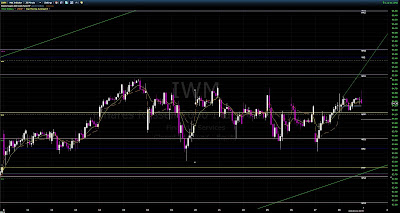 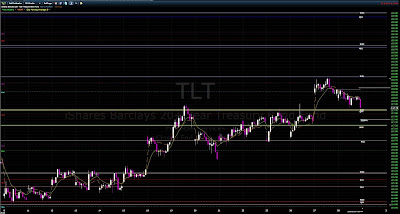 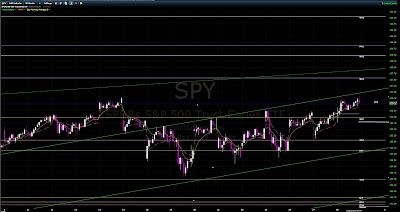 No FAS this week.  They're splitting it 1:3 so the values won't be accurate.  I'll update the blog if the charts get organized on Monday.