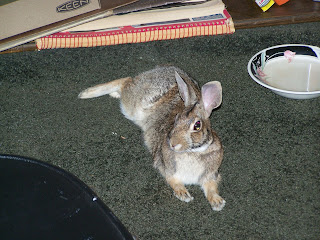 Well, we've run into a bit of a hiccup in this bull run. No new highs this week...sky is falling.   As a matter of fact we went two weeks where the indexes closed under the Weekly Pivot, then last week above, and this week under the Weekly S1's The financials, the Russell and the SPY tested significant support this week recovering above the 50 day moving average-except for the IWM, which remains under.  Thursday was the first time in 74 days the SPY had tested the 50 day. 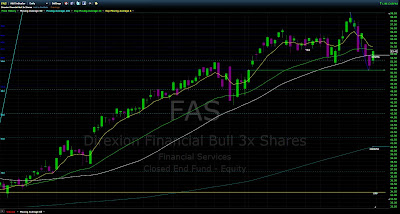 As you can see, FAS filled the gap going back to the beginning of March, then bounced to close above the 50 day. 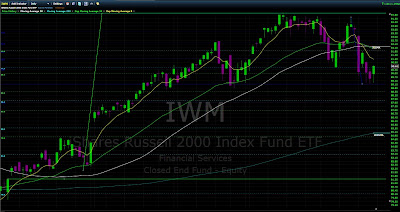 IWM came back to support going back to February. 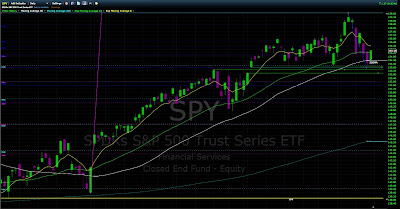 The SPY tested the top of the gap, which also coincided with the 23.6% retrace of the November 2012 bottom closing above the 50 day.

Here is the 15 minute view for the week: 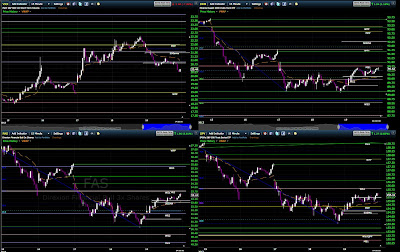 Not really a surprise that the first drive below the 50 day in the SPY and the finnies would be short-lived.  Can't imagine they would want to close below to scare the sheep over the entire weekend.  Given that the bottom of the SPY was the 23.6% retrace from November, one could reasonably expect some more bounce.  Notice the gaps above in FAS, SPY and IWM.  It wouldn't be surprising to see them fill on or before Wednesday.

However, earnings have been relatively weak, and unlike bad news previously during the bull run, stocks have not really been bought.  So, things may be changing, but the market is not the economy.  So, for the market to continue south would not be unexpected, there is still that gap fill down to 152.92 on the SPY. Now although I am not plotting longer term Pivot levels, I am including them when they correspond tightly to shorter term, so this week the Quarterly pivot in the SPY and the Yearly R2 in the FAS were plotted.


The week that is: 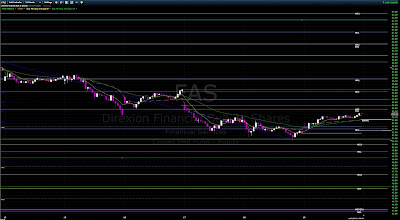 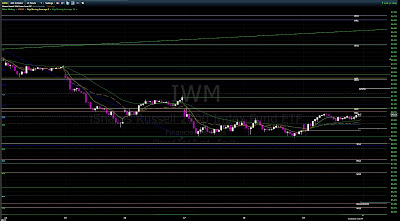 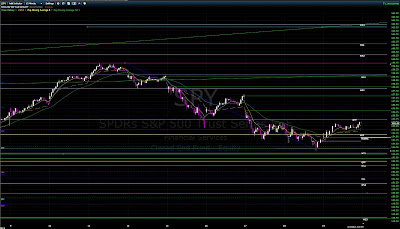 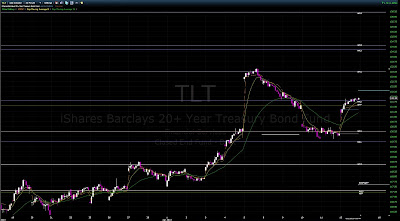