So, we hit a new high for the year on the spy and then dribbled down for the week.  The new claims numbers were less than inspiring on Wednesday and the new jobs on Friday were dismal.  Don't worry, earnings season starts next week...we'll really get a feel for where the economy is going.  Now, does that mean the market will follow....maybe not.  The week that was: 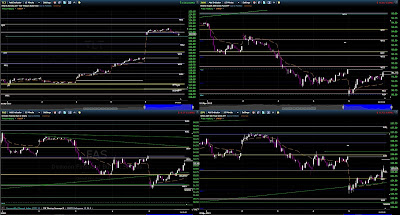 For those of you in the home seats, I'm going to restrict the multi-time frame points to the weekly and monthly numbers, as a rule.  They are more significant on a weekly basis and they should de-clutter the charts.  I'll have some freehand lines in their for specific price or trends, like the one you see FAS and SPY dropped below on Friday but then moved above.  Those are long term channel trend lines.  If I see that longer term lines are fairly close to these shorter term lines, then I'll add in text such as "SPP" for "Semesterly Pivot Point".  So, for the week, we touched the Weekly S4 on IWM, which doesn't happen that often.  SPY didn't even get to S2, and the finnies touched the S3 for the week.  Now, this is the second week in a row that the indexes have finished below there weekly pivots, but as I stated, the SPY hit a new yearly high on Tuesday, so we're still well within "tinkling" distance.  Look at these dailies: 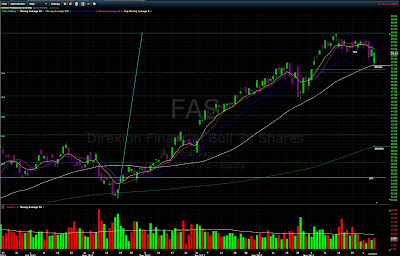 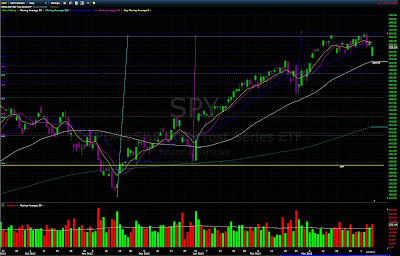 Notice the last two days are lower but we always powered from the lows to finish higher with FAS and SPY above their 50 day, and IWM closing on it, with the IWM the only one testing the first major fib. level off the November bottom.  Nothing to be specifically concerned about yet...again, my broken record...earnings season playing out into May....well unless we get bombed into the Stone Age by Kim Jong Un (asshole).  Having said that it seems that many think, and these are people of keen intellect, that much is weakening under the surface...anyway, the week that is: 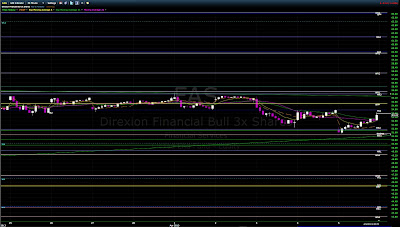 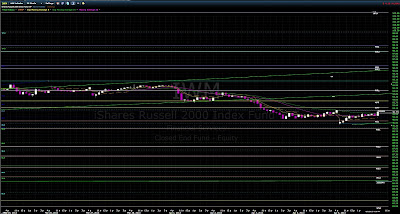 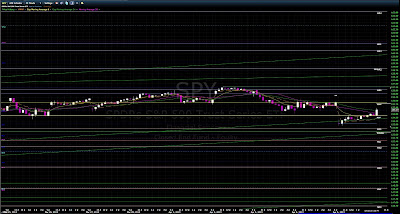 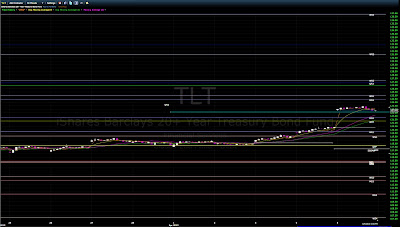 O.K, so that's it on the trading specific stuff for this week...be careful of trading bias ;-)