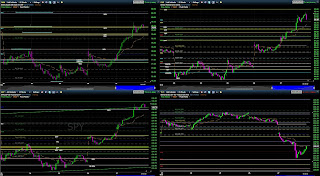 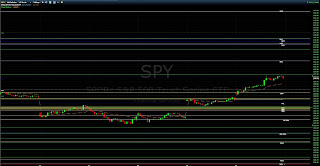 O.K.  looking at the SPY, I expect that confluence down in the 135 area to provide strong support now.  Obviously the monthly pivots change on Wednesday, but the weekly levels have been the strongest along with the moving averages.  Frankly,  I don't think we get near that level next week.  Time to drink the Euro-kool aid, at least for the next week..or not. 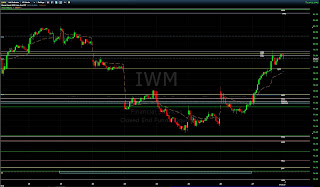 The IWM it looks like the bullflag that started the beginning of july is about to break.  The 50 and 200 SMA are so close it's an R-rated chart.  (Would have been X back in the 60's...to think A Clockwork Orange was rated X back then...sheesh, they'd show that on TV today....almost).  Pay attention to the IWM.  If it's weak, SPY likely won't be running very far without it.  The overall range was so tight, I included the R4 levels on the weekly data. 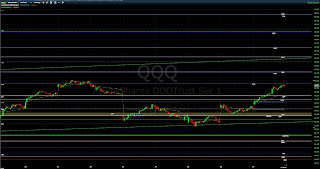 Now, same with the Qs this week bad news was bought.  We're also coming into the time of year when technology is traditionally bought going into the holiday silly season.  So, no reason to expect the Qs not to join the party.  Big support in the $63 area.  200 SMA and 50 SMA both about to start heading up.