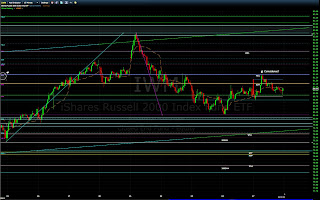 I went back to the 15th on this so you could see the fibonacci draws. Looking on the far left at the circle, notice the confluence of the 38.2 up leg draw, and the 50% downleg draw.  Notice how those two levels coincide with the Monthly R1, which was also a failure at the 23rd late afternoon swing-high.  Notice the afternoon bottom after Vad's...er...how did he describe it...oh yeah..."cascading"...drop(had to be there). on IWM you had the 23.6 level. 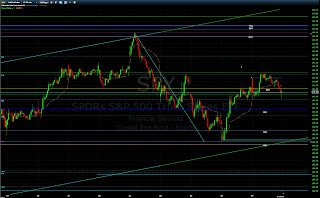 While SPY showed an area confluence of the 61.8 downleg retrace and the swing high from the 23rd.  Again, at the bottom of the Vad-cascade, the confluence of two fib levels, as well as relative price support at 141.30ish.

Is there a conclusion to be drawn other than the multiple confluences in both indexes were a top for the day, which supports the overall confluence methodology? Dunno.  However, I find it interesting the relative exactitude of the price action/confluence level intersection on IWM relative to SPY

The riskier instrument seemed to be the tell.  Anyway... 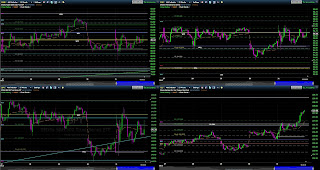 As we can see for the indexes and the financials  it was a relatively rangebound week with, in the vein of "close enough for government work," IWM and FAS closed on the Weekly pivot.

SPY though not on the Weekly pivot had basically oscillated around it all week finishing Friday on VWAP and creating a doji for the daily and a relatively indeterminate doji-ish weekly candle. So, from the charts going forward, it looks like a "definite maybe."  Volume was actually rising the last two days.

We're moving sideways, which is one way to work off an overbought condition.  Imo, we stay above the 138.60 area, no immediate doom.

Bonds, on the other hand, have been on a steady rise   for the last two weeks

The dollar has been on a relatively steady decline since the end of July.  It's coming into fairly strong support area formed by the price action between the middle of January and the middle of May, so it may thrash around a bit in this area.


Of course, the impending decision on September 12th by the  Bundesverfassungsgericht (say that 3 times fast) hangs over Europe, with the Fed meeting the next day.  One could expect there to be significant dollar volatility.

If the Germans nix the bailout....dollar should spike and the market should sell off.

I doubt they'll nix the bailout....How would you like to be fingered as the group that puts a dagger in the Eurotopia experiment?   IMO, they cave outright or, marble-mouth their way around shooting it down.  Of course, that means printing ad-infinitum.

Question in that situation...if they vote thumbs up, meaning printing, does the Euro strengthen out of euphoria causing the $ to weaken and the markets go up?  Or, does the Euro weaken because of all the printing?  Does Benny hop on the bandwagon to print to keep the $ from getting too strong?

Typical relationship is $ up,  Market Down.  $ down, Market UP


Not expecting big moves next week in the indexes because everybody likely won't come back until the second week, and of course, the aforementioned Deutschentscheidung.

Charts are bullish, but I would, as do others I read, expect a flush to shake out the longs after the German decision ....and then resume onward and upwards into the US presidential election.


The week that is (New Monthly levels): 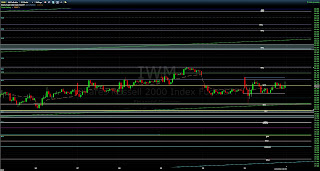 Note the shaded boxes below the price action and the one above.  Those are price levels where heavy volume was done.  Going through either one points to more action in that direction.  However, on the downside the 50SMA is rising and waiting.  The IWM has been lagging the SPY a bit, expect this to lead in relative strength or weakness to indicate direction...my bet is up 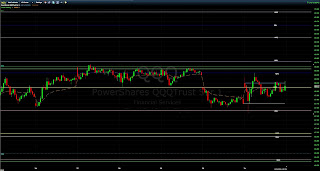 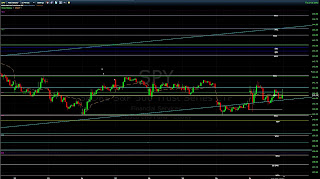 Note the relative obedience to the drawn trend-line.  I have three trend lines drawn through the upper, lower, and middle price action from the middle of May and the low in June.  The drawn trend line is the median trend-line.  Notice the Weekly Pivot, is only a few cents different from last weeks. 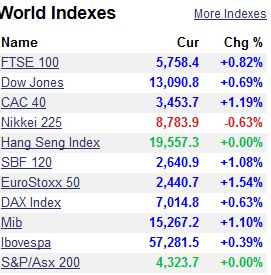 This was the performance of the major World Indexes on Monday while the US was enjoying a long weekend.